Dr. Steve Garth and Billy Oswell from our Investment Committee summarise the highlights from the last quarter and discuss the future outlook. 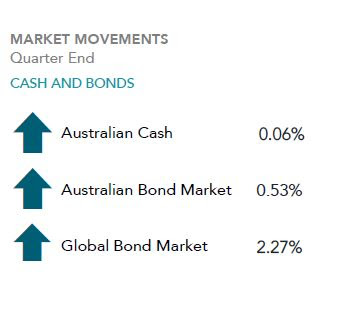 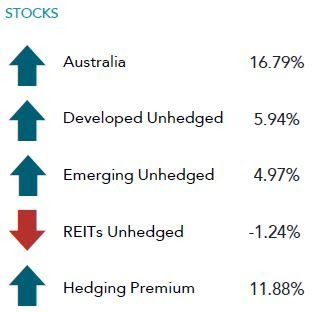 One of the worst quarters for global equity markets in years was followed by one of the best in the June quarter, as investors looked past the initial shock trigger by news of the coronavirus and associated shutdowns.

While the International Monetary Fund warned that the global economy faced its worst recession since the 1930s, the acute strains seen in the markets in March eased as central bank and government policy responses boosted sentiment.

The Reserve Bank of Australia said more settled markets had allowed some central banks to scale back bond purchases. A decline in virus infections and the easing of some restrictions on economic activity had also helped, the bank said.

Alongside the impacts of, and policy responses to, the coronavirus crisis, news headlines were also dominated by rising US-China Tensions over Beijing’s security crackdown in Hong Kong and by racial justice protests in the US and elsewhere.

But overall, the mood in markets lifted markedly. Global equities, as measured by the MSCI All Country World Index, rebounded by a little under 20% in USD terms – almost a complete reversal of the fall of a little over 20% in the March quarter.

The US S&P 500’s gain of just over 20% was its best quarter since 1998 and its ninth-best quarter since records began in 1926. Having been down about 30% for the next year in March, it was only 4% lower as of 30 June. The technology-heavy Nasdaq index hit record highs.

Locally, the Australian market, as measured by the S&P/ASX 300 index, posted its best quarterly return in 11 years, cutting its losses for the calendar year from as much as 30% to about 10.5%. For the financial year, it was down about 7.5%, although this came after seven successive years of gains.

Small company stocks, measured by the S&P/ASX Small Ordinaries Index, staged a major turnaround. Having posted its third worst quarter on record in March with a loss of nearly 27%, the small cap index rose nearly 24% in its second-best quarter ever.

Currency markets also staged a reversal, with the US dollar giving back some of the gains it posted during the unsettled first quarter. Having hit an 18-year low around 55 US cents on 19 March, the AUD recovered to around 69 US cents by the end of the second quarter.

For unhedged investors, the foreign exchange movement trimmed their international equity returns for the quarter when denominated in local currency. Again, this was a reversal of the first quarter, when the falling AUD cushioned offshore equity falls.

In fixed interest markets, the standout story of the quarter was the significant rally in corporate bonds. The strong credit premium was supplemented by a more modest term premium over the quarter.

Headlines in the Quarter 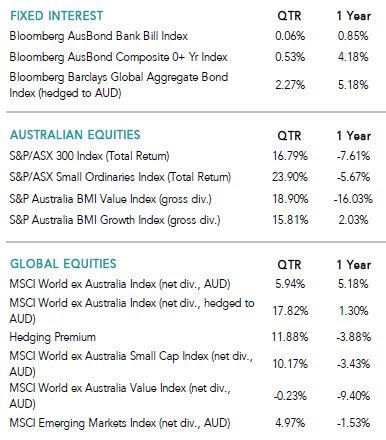 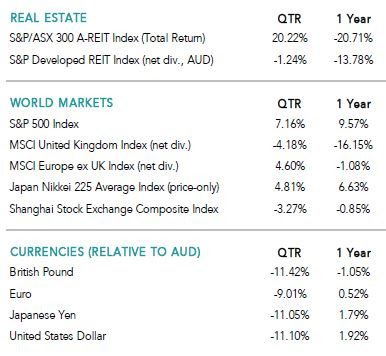